Mission Celebration: Use Math to Mark the 50th Anniversary of the Apollo 11 Moon Landing

As we celebrate the 50th anniversary of Neil Armstrong and Buzz Aldrin taking human's first steps on the moon, we want to help you honor this historic mission with your students. There’s no need to leave planet Earth to enjoy the anniversary. Grab your calculators, and let’s take a look at some out-of-this-world activities to help students mark this milestone on the moon using math. Boom!

On July 20, 1969, Neil Armstrong and Buzz Aldrin were on approach to Tranquility Base when Armstrong realized they were flying into a field of car-sized boulders. Armstrong calmly guided the Eagle landing module to a safe area, beyond the boulder field, with less than 30 seconds of fuel left in the tank. This was an incredible feat of skill and bravery. 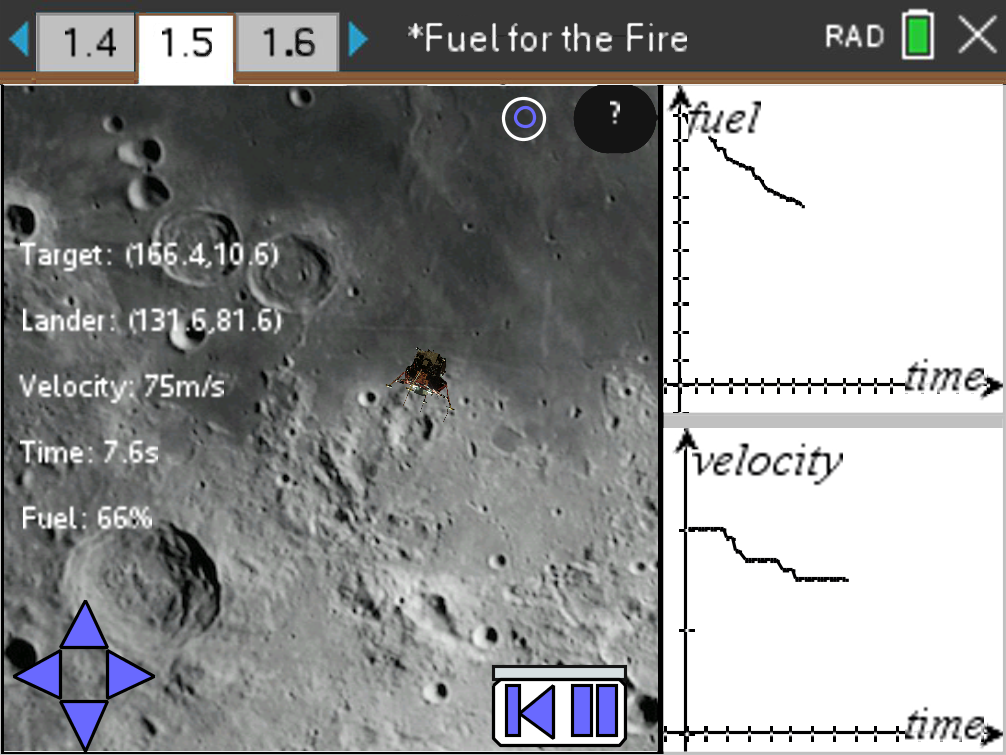 In the lunar lander challenge, students attempt to guide the Eagle module to Tranquility Base without running out of fuel.

In the first activity, Fuel for the Fire, students connect math and science, build reasoning and problem-solving skills, and investigate design processes as they are put in the role of propulsion engineers. Their mission: Design and fuel rocket boosters like the Space Launch System (SLS) Core Stage. This lesson is sure to ignite students’ interest in space-age careers while tackling topics like constant rates of change and linear functions. Fuel for the Fire also includes a game that challenges students to land a spacecraft on the moon. 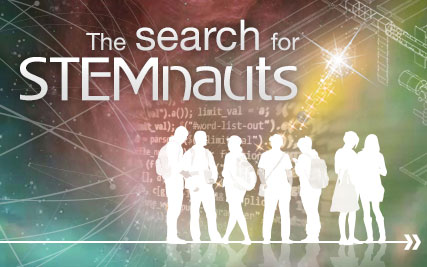 Developed by NASA and TI, The Search for STEMnauts activities challenge students to solve the riddles of space at the speed of fun.

Another one of my favorite space-themed activities is The Search for STEMnauts. These activities challenge students to unravel brainteasers using coding and STEM principles that make space exploration possible. The challenges are organized in six categories, each containing questions and riddles of varying complexity, with points awarded based on the degree of difficulty. From cracking a code using TI’s basic programming language to calculating the travel time between Earth and Mars, students will put their STEM skills to the test. Start the countdown by requesting the teacher and student documents, then lift off on a journey into learning.

About the author: Curtis Brown has a bachelor’s degree in laser optical engineering and worked as an AP® Statistics and algebra II teacher for seven years before becoming a math specialist for Texas Instruments (TI). Since starting at TI in 2015, he has led many content development projects, including several of the STEM Behind series. Not a computer programmer by training, he has found a love for coding in TI-Basic, particularly for the purpose of teaching mathematics.