What to Do Instead of a Traditional Final Exam

I teach at St. Mary’s Episcopal School in Memphis, Tennessee. A few years ago, our excellent junior English teacher, Ms. Goodman, started having the juniors do four-minute, TED-style talks instead of taking a final exam. Our awesome chemistry teacher, Ms. Dunlap, started a Cooking with Chemistry project where students describe in detail all of the chemical reactions that occur. Our administration was encouraging us to think outside the box and rethink how we could assess our students’ progress for final exams.

I am head of the math department. All of us in the math department were giving pretty traditional final exams — a mix of multiple-choice and short-response questions make up a typical mathematics exam. Our innovative geometry teacher, Ms. Herr, has recently decided to branch out.

When Ms. Herr gave out the birdhouse project directions, the students were pumped. No final exam — woo-hoo! To top it off, they thought that building a birdhouse would be pretty easy. I think it ended up being much more challenging than they first expected. 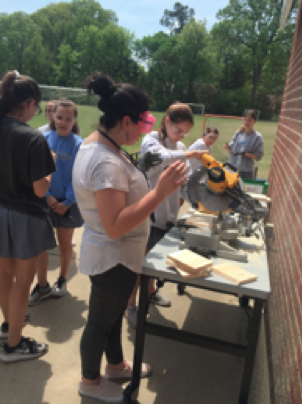 First, they designed a blueprint. Measuring had to be exact, showing all calculations. They kept a daily log of the contributions they made to the project. Before proceeding to the next step, each group had to check in with Ms. Herr. They also had to learn how to use a miter saw. Some groups went through a lot of wood in order to get it right. 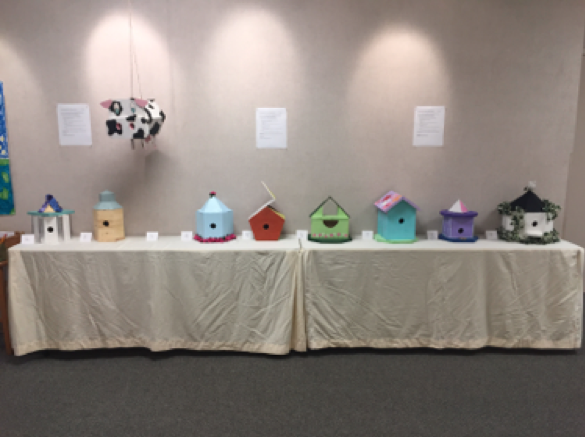 Notice the cow birdhouse hanging from the ceiling.

The project had to be presented, as well. What I really liked was that the whole process was documented. You can see what is happening in each step as you look through the Google Slides™ presentations from a few of the groups: Group 1, Group 2 and Group 3. I think each group had a slide on what went wrong. What a great thing to talk about. Building things while solving math problems can get messy. It’s great to see their perseverance.

What Do You Think?

Would you consider giving a group project instead of a traditional final exam? It is interesting to me that each of the teachers mentioned in this blog only replaced one traditional final of the two final exams given each school year. But, they are planning on doing the same thing this year (which means they believe it was worthwhile).

What I Am Not Sure About

For me, I think my biggest concern would be that students may not have any kind of cumulative test in mathematics. There is an easy fix, though. Maybe the best practice is to always have cumulative tests throughout the year (called spiraling). On any chapter test, any topic of a previous chapter would also be fair game. That would put my fears to rest.

What I Really Like About This Type of Assessment

I am more and more convinced that we should be doing math tasks in the classroom. We need to develop better problem-solvers. The birdhouse project had roadblocks that every group had to overcome. It wasn’t as easy as they thought it would be. Designing, planning, drawing scale drawings, figuring surface area of unusual shapes — there is a lot to like. I believe lots of learning took place.

If you have an idea for a creative assessment to replace a traditional final exam, please let us know on Twitter @TICalculators.

Google Slides is the property of its respective owner.

About the author: Jeff McCalla, author of “TI-84 Plus Graphing Calculator for Dummies,” 2nd ed. (Wiley, 2013) and “TI-Nspire for Dummies,” 2nd ed. (Wiley, 2011), teaches math at St. Mary’s Episcopal School in Memphis, Tennessee. Jeff received the Presidential Award of Excellence in Mathematics and Science Teaching in 2009. Follow him on Twitter. Follow him on Twitter @jmccalla1.