Who knew math had moves?

Veteran math teacher turned first-year computer science teacher, Katie Brown, wasn’t quite sure what to expect when she learned Texas Instruments was bringing its’ new robotic car, the TI-Innovator Rover, to share with her pre-AP computer science class. But after one 50-minute class period, she was hooked – and her students were too. 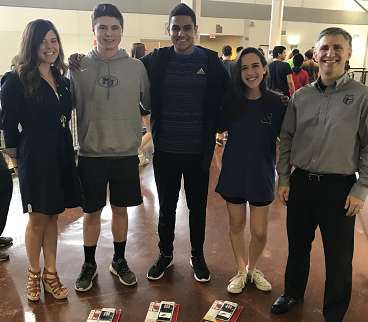 “Since they have implemented more robotics into the TEKS (Texas Essential Knowledge and Skills), it’s a perfect time for us to be able to have something like this in the classroom,” said Brown. Students in her computer science class were among more than 1200 students across San Antonio that participated in an area-wide STEM day, sponsored by TI. Employees from TI and T³ instructors, who were in San Antonio for the T³ International Conference, volunteered their time to go into schools and help students see how learning math and science can be fun.

Since September, TI has been visiting schools around the country, teaching students how to use their graphing calculators to program Rover to do things like draw, dance or even crash. Students at Regan High School were having some much fun with Rover that it captured the attention of the local news. 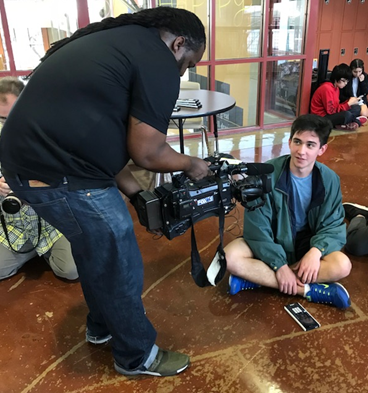 “I didn’t know that you could program with a calculator, at all, so this was really interesting,” said Aurea Le, a freshman in Brown’s class. She and classmate, Bayaan Musa, worked together to program their Rover to dance to a Bruno Mars song. “We are trying to sync it with the lyrics of the song so that when it says go there, we are having Rover go left and right,” said Musa. They wrote a program to make Rover drive left, right, backward and spin in a circle. 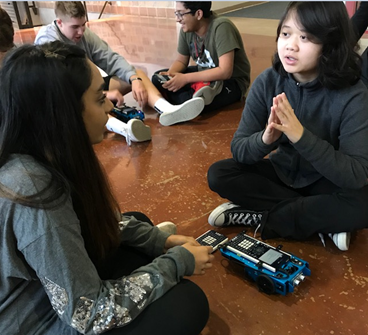 Rover was designed for beginners. The purpose is to show all kids that learning to program can be fun, and easy to get started in coding and robotics. “I wasn’t really interested in programming, but today, after seeing what I could do, I am kind of interested in it now,” said 9th grader, Hunter Boren.

Students in his class have been learning programming this year, but this was their first experience using a graphing calculator to enter the commands. “I never knew that you could use a calculator to code anything,” said Zachary True, one of the students. “I was proved wrong today. It’s definitely possible.”

Students crowded into the hallway outside of the computer lab where they faced off in a dance competition. The kids laughed as Rover moved to music, many dancing alongside them. MaKenzie Kennedy, who can be seen dancing along with her team’s Rover, said her math skills were a big help. “You have to know your angles, degrees, how far you want to move up, how far you want to move backward," she said.

That’s music to her teacher Katie Brown’s ears. “I’m super excited about it,” she said. “I’m a math teacher and a computer science teacher, so I love implementing the calculator and the programming together and can’t wait to see what my students do next.”

Get your hands on Rover: here