When you hear things in your classroom such as, “Well, that didn’t work! Let’s try this …” or “That was so hard! I am so proud of myself,” it is music to an educator’s ears. By incorporating engineering design and coding skills in my biology classroom, I was able to tap into my students’ creativity and push them to excel in areas unfamiliar to them.

In Baltimore’s Inner Harbor sits an adorable, googly-eyed invention that prevents trash from running off the Jones Falls Watershed and getting in the harbor and, in turn, the Chesapeake Bay. Its name is Mr. Trash Wheel, and it is one of three trash wheels in the area run by the Healthy Harbor initiatives of the Waterfront Partnership of Baltimore.

I knew I could take this charismatic and innovative machine and use it to engage my students in solving a real-world problem of single-use plastics while building skills in engineering design.

The task was to build a working model of Mr. Trash Wheel while bringing awareness to the effects of single-use plastics on watersheds. To further tie in single-use plastics, the students had to build their model using only single-use plastics that they collected over several weeks. A 60-second public service announcement (PSA) would also be developed during the two-week long project. 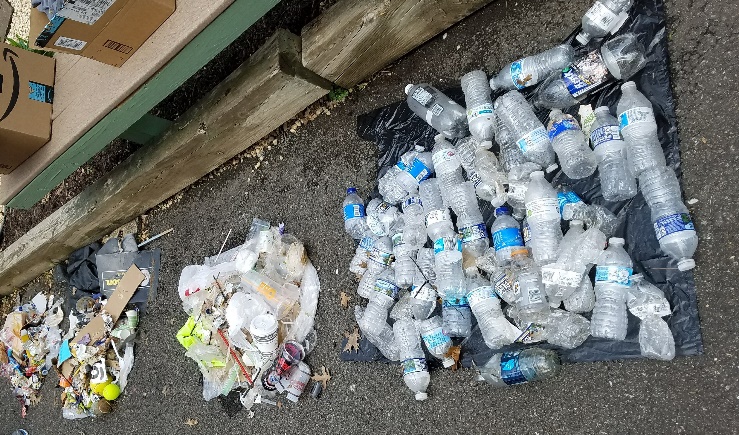 Students developed a full understanding of the problem by participating in a campus-wide cleanup and by tracking their own single-use plastic consumption. Armed with their own data and realization of the enormous problem of single-use plastics, we dove into the engineering design process. They started brainstorming ideas individually and then shared them in groups. The students also completed concept sketches of their designs and had discussions about what would and would not work.

Collaboration was crucial in this project. Each team had four members, each with a specific role:

We used TI-NspireTM CX graphing calculators, along with TI-Innovator™ Hubs, to control DC motors. Students learned how to use TI-Basic to write simple commands that made the motors move at the speed and duration they needed. The students amazed me with their creativity. Each project had its own personality. They worked effectively in groups and were actively engaged during the entire four days of building, designing and refining their projects. On the last day, a few groups were not quite ready to showcase their project. They had a little more tinkering to do and begged me to shorten their review for their final exam in favor of finishing their trash wheel. When upper-level ninth-grade students ask you to do something like this, you know they are engaged in learning.

This project was by far the most rewarding and engaging activity I have ever participated in during my career as a teacher. I was able to see students get excited about the engineering design process and realize that coding is not so intimidating. Engineering is pretty cool when you have a problem in which students can see themselves authentically as part of the solution.

About the author: Jessica Kohout has taught all levels of biology, from on grade level to AP®, at Reservoir High School in Howard County, Md. She became a T3™ Regional Instructor in 2015 and sees technology as a great way to help students make real-life connections with science. Follow her on Twitter @MrsKohout