Learning With Your Students

Teachers are supposed to know it all, right? When I first started teaching, I was terrified by the idea of a student asking me questions to which I did not know the answer. I would imagine myself freezing on the spot, turning beet red, and jabbering about something close to what they were looking for. I soon learned that this was a terrible idea, and saying, “I don’t know,” is an acceptable answer. What makes it more powerful for everyone involved is following it up with, “Let’s find out together!”

This year, I took a major leap into the unknown by introducing coding into my biology classroom. I have never taken a coding class, and the only experience I had with coding was sitting in a few professional development workshops with the TI-Innovator™ Hub at previous T3™ International Conferences. I was hooked with the Smart Water system. In this STEM project, students write a program that collects data using several sensors and controls a water pump based on the conditions needed to sustainably water a garden. With this project, I finally saw the connection to my content area, and even more ideas began bubbling to the surface. I wanted to do more, so I wrote a grant through the Bright Minds Foundation, my district’s educational foundation, asking to purchase eight TI-Innovator™ Hubs, I/O kits, breadboard kits and STEM project supplies. When I got my acceptance letter, I was so excited — but very nervous — about following through with this grand idea of coding in biology class.

I made the goal to do at least one activity per quarter. I didn’t want to overwhelm the students, but I really wanted to make it sustainable for myself. We started off small and used the 10 Minutes of Code resources and the TI-Nspire™ CX graphing calculator to create a simple “Hello, World!” Then, we introduced the TI-Innovator™ Hub and made traffic lights, using different frequencies to make different sounds. The students thought it was fun, so we moved on to building a conductivity probe using resources from Path to STEM’s “How Clean is the Water?” We had been learning about watersheds and performing our own water quality analysis, and I thought that learning how the conductivity probe works would be a rich learning experience. 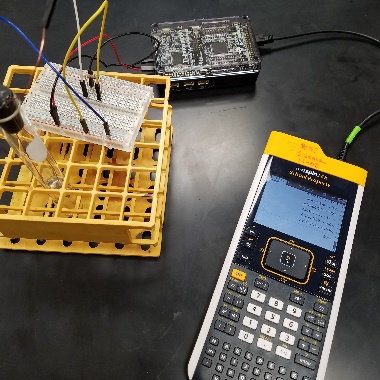 Throughout the year, we continued using resources available such as Science Through Engineering Design and Science in Motion using the TI-Innovator™ Rover. It was very helpful to have so many resources I could use to begin this journey, but the real test would come with my final project. 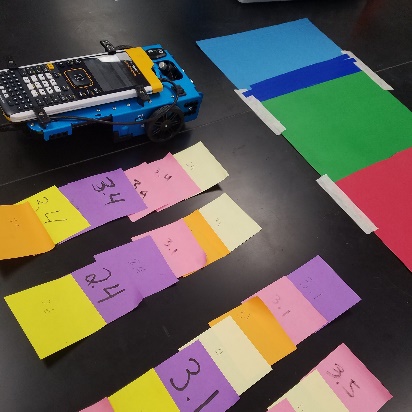 By the end of the year, students had a basic understanding of how to write simple programs using the TI-Nspire™ CX graphing calculator and TI-Innovator™ Hub. I thought they were ready for an original STEM project. They had to write their own programs to control DC motors and design a trash interceptor to remove single-use plastics out of waterways based on the concept of Mr. Trash Wheel. Since this was an original project, I could not directly fall back on the resources on the education.ti.com website. I had to help my students figure it out, and many of my answers to their questions were, “I don’t know; let’s find out!” 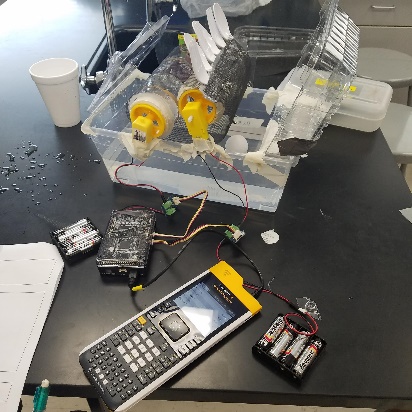 By taking the risk of doing something new, I was able to grow, personally and professionally, along with my students. Many educators may not feel comfortable with releasing the control, but it is so rewarding to see your students empowered by becoming the experts in the classroom.

About the author: Jessica Kohout has taught all levels of biology, from on grade level to AP®, at Reservoir High School in Howard County, Md. She became a T3™ Regional Instructor in 2015 and sees technology as a great way to help students make real-life connections with science. Follow her on Twitter @MrsKohout