Solution 24790: Simultaneously Solving a System of Nonlinear Equations on the TI-Nspire™ Family Handheld.

How do I simultaneously solve a system of nonlinear equations on a TI-Nspire family handheld? 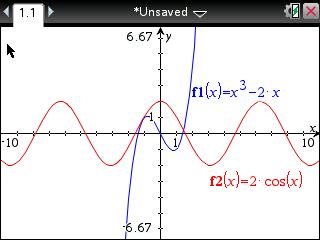 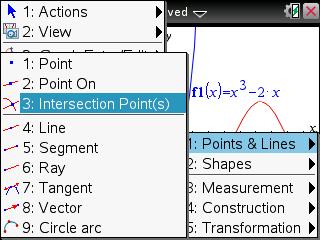 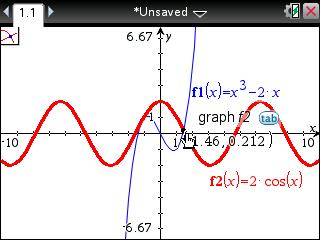 This intersecting point represents the simultaneous solution to the two nonlinear equations, x=1.46 and y=0.212.

In addition to using graphs, the TI-Nspire CAS handheld can also use the solve( and "and" commands to solve simultaneous equations:

• In the calculator application, press the catalog key.
• Use the tab key to move the cursor to the section titles.
• Use the navpad left and right arrow keys to highlight section 1 and press [enter].
• Press [s] and scroll down to highlight solve(.
• Press [enter] to paste the command into the entry line. Use the and command to complete the simultaneous solution:
• Enter the first equation y=x^3-2x.
• Press the catalog key, then press [a], highlight and, and press [enter] to paste it into the entry line.
• Enter the second equation, y=2cos(x).
• Press [,] [x] [,] [y] and [enter]. 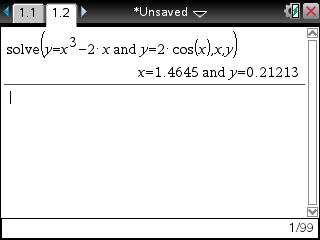