Grade Level 6
Activity 11 of 24
In this lesson, students extend their previous work on describing a single data distribution to comparing several distributions collected from different populations with respect to the same attribute.

What to look for

Students should note that bar graphs convey some information that can be used to compare distributions, but that they are limited as data analysis tools.

The plot shows the number of points earned in a contest by men and women. 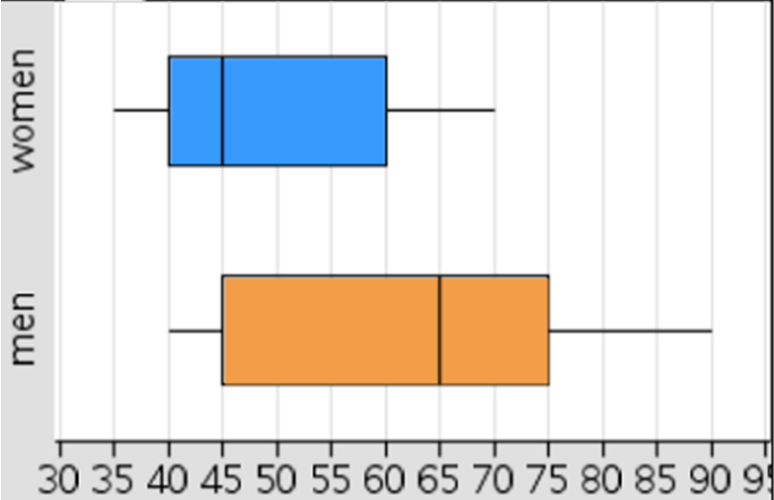 What is the least number of points earned in the contest by either men or women?

Graphs and summary statistics can be used to make comparisons among distributions of the same characteristic for different populations.

What are the students doing?

Students evaluate advantages and disadvantages of using dot plots, box plots, histograms and bar graphs in comparing data from countries to others with respect to a certain characteristic

What is the teacher doing?

Have students explain why the a bar graph does not the cannot be used to determine the mean, MAD, median, and IQR.

In this lesson, students investigate what happens to the summary measures for the distribution of a set of data when a constant is added to each data element or when each element is multiplied by a non-zero constant.