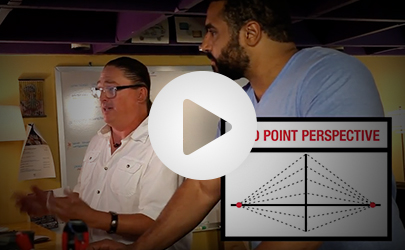 A masterpiece of ratios, scaling and color

Awaken the artist in your students with Math: An Art Form, a STEM Behind Cool Careers activity that encourages them to explore the math and science that muralists use to create larger-than-life art.

Developed for middle grades classrooms, this activity builds students’ reasoning and problem-solving skills by challenging them to:

Get your students ready for the activity by sharing the fun video of John's artistic adventure in your classroom. 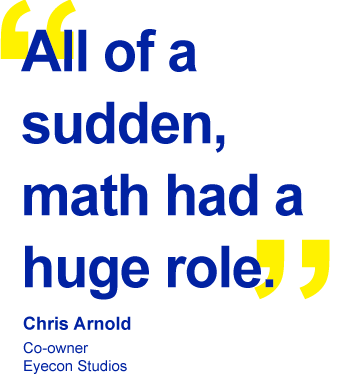 After Jeff Garrison and Chris Arnold earned their fine arts degrees, they formed Eyecon Studios in Dallas, Texas, where they specialize as muralists.

There was “no way,” Jeff said, that he and Chris thought they would ever use math and science when they turned their passion into their careers.

"But all of a sudden, math had a huge role," said Chris, noting that Eyecon went from doing illustrations to painting scenery for opera and ballet productions, and now does big projects--big as in 26,000-square-foot, side-of-downtown-buildings big.

Chris and Jeff provided background expertise for the development of Math: An Art Form, a STEM Behind Cool Careers activity.

Chris and Jeff invited John Urschel to scale up the pencil sketch they used for "The Storm," which graces a 12-story parking garage – the height of the Statue of Liberty – in the Dallas Arts District.

After a quick tutorial, John tried his hand at scaling and sketching, adding: “If I knew being an artist was angles and math, who knows what profession I’d be in.”

TI Connect™ CE software application for the TI-84 Plus family

Free software for downloading and installing the activity file. 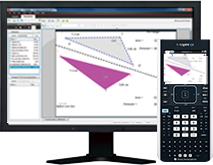 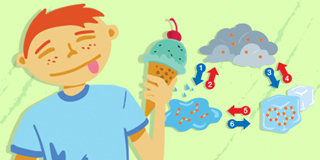 The physics of getting from the cow to the cone. 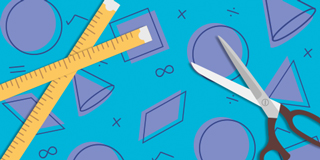 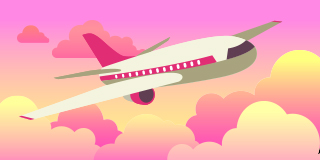 STEM on the Fly

The math and science of gaining altitude.