A Shared Vision: Writing Success Stories One Student at a Time

Join us for the October TI Talks event with educational leaders from the Duncanville Independent School District.


They will focus on how to extend academic preparation and industry-based learning opportunities for students in K–12, including:

For more information, please see the preview of the presentation to the right and the session description below.

Duncanville ISD is committed to expand the City of Champions and extend academic preparation and industry-based learning opportunities for students in K–12. Come learn about: 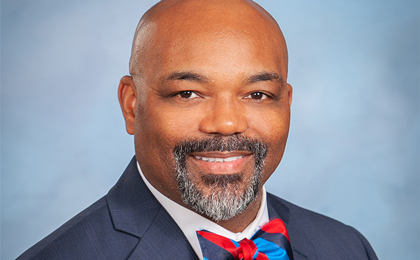 Marc Smith, Ed.D., is a high-energy, analytical leader with 28 years of experience in education. He has served as superintendent of schools for Duncanville Independent School District since 2016. In 2020, Smith achieved the prestigious honor of being named Region 10 Superintendent of the Year and completed the National Superintendent Certification Program with the American Association of School Administrators (AASA).

In 2021, Smith nominated the Duncanville ISD Board of Trustees for the Outstanding School Board recognition and the team was selected as one of the top five school boards in the state of Texas.

Smith has a reputation for cultivating talent and strategically producing results. During his tenure, Duncanville ISD completed a $102.54 million bond, and through careful financial management saved the district more than $3 million. In 2018, he led the district through a Tax Ratification Election, which received overwhelming support from voters to provide $5.2 million in additional annual revenue to the school district without increasing the school tax rate.

As a visionary, Smith developed academic opportunities in Duncanville ISD by expanding school choice and actively marketing innovative programs available to students. He launched a “My Future. My Choice.” marketing campaign that showcased the creation of the district’s Early College High School, known as the Collegiate Academy, and extended choice programs to each of the district’s middle schools. The campaign also highlighted the growth of pre-kindergarten opportunities in the district, including the addition of 3-year-old students. In 2021–22, the district launched the first elementary choice program with the Charles Acton Leadership Academy.

Prior to joining Duncanville ISD, Smith served as the superintendent of Marshall ISD from 2012 until 2016. 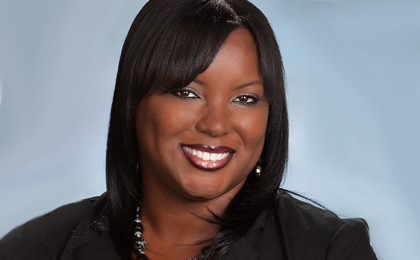 Shalontae Payne is the Director of Career and Technical Education and College and Career Readiness in Duncanville ISD. Payne has 22 years of experience in education and has served in multiple capacities, including teacher, middle and high school counselor, assistant principal, instructional coordinator, and now in her current role. Payne has worked hard to make Duncanville ISD Career and Technical Education a premier program. Payne is an advocate for student opportunities in internships, externships, practicum and dual credit classes. Because of the program’s success at the high school, Payne is now tasked with growing CTE even further into Duncanville ISD’s elementary, intermediate and middle school programs. She has a Bachelor of Science from the University of North Texas, a Master in Counseling from the University of North Texas and a principal and superintendent certification from the University of North Texas.